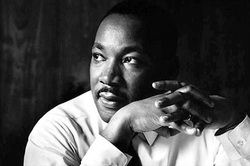 Although the Civil Rights Act ended institutionalized racism in the United States in 1964, a century after the abolishment of slavery, racial discrimination was still common in many neighborhoods. The 1964 law protected the constitutional rights of all Americans and enforced provisions preventing discrimination at the federal level, but the Civil Rights Act did not extend to the housing market.

Changing Times Across the Nation

However, housing rights would soon get attention. As veterans began to return from Vietnam, they discovered that racial preferences barred those of color from living in the neighborhoods of their choice. In 1966, a series of open-housing marches in Chicago, led by Dr. Martin Luther King, Jr., accompanied by nationally broadcasted images of white outrage, finally put the issue of fair housing firmly on the political map. Even so, while Congress had discussed a fair housing bill through much of the mid-1960s, not much had been done to make it a reality.

That changed following Dr. King's assassination on April 4, 1968. While the nation mourned the murdered activist and angry riots raged in America's cities, President Lyndon Johnson, sensing that the time was right, pushed Congress to pass the Act. On April 11, 1968, just one week after Dr. King was shot, the Federal Fair Housing Act was finally put into law. It was a fitting tribute to Dr. King's life's work and a lasting legacy of a man who had been at the forefront of the struggle for equality in the United States.

Locally, the seeds of fair housing were equally controversial. The Unruh Civil Rights Act of 1959 protected California residents from discrimination from businesses, which included housing providers such as hotels, motels, broker-sellers, and property managers. Then in 1963, California was one of the first states to enact a fair housing law targeting discrimination in all aspects of housing through the Rumford Act. However, the following year an overwhelming majority of Californians voted in favor of Proposition 14 - a measure spearheaded by the California Real Estate Association - to repeal the progressive law. Nevertheless, the California Supreme Court found the proposition to be unconstitutional in 1966.

The passage of the California Fair Employment and Housing Act (FEHA) in 1959 preempted the 1968 Fair Housing Act by a number of years, offering protections to citizens experiencing harrassment and discrimination in their housing based on their membership in a protected class. FEHA also established the Department of Fair Employment and Housing (DFEH), the state-level governmental organization responsible for the filing, investigation, and conciliation of complaints alleging practices in violation of Fair Housing Law. Through the institutions and enforcement mechanisms created by this law, victims of discrimination now had a place to voice their complaints and seek justice.

On September 13, 1988, the Fair Housing Amendments Act (FHAA) was signed into law. The FHAA formally recognized the discrimination and difficulty individual citizens faced in their experiences searching for, procuring, and maintaining housing due to their disability or familial status. Accordingly, these groups were added to the list of protected classes previously enumerated under the Fair Housing Act (FHA).

Over the years, additional fair housing measures have been passed, such as protection for people with disabilities. In fact, California's current fair housing laws are very similar to federal laws. In 1975, the California Real Estate Association changed its name to the California Association of Realtors and is now committed to supporting fair housing laws. In addition, more than a dozen nonprofit organizations in California help individuals fight discrimination, train real estate professionals to comply with the law, and celebrate diversity in our neighborhoods.